“I had so much anxiety this weekend,” a client will share with me during a Monday session.  “I had been feeling so good for the past couple of weeks, but this weekend I seemed to have taken five giant steps backward.”

“Tell me about your weekend,” I say.

“Well, my boyfriend and I went out with some friends on Friday night and I had a couple of drinks.  Then we went to a wedding on Saturday and drank a bit too much.  I woke up on Sunday morning feeling pretty crappy.  And I spent the rest of Sunday with the familiar pit of anxiety in my stomach.  All of my familiar mental obsessions and ruminations came barreling into my brain:  What if I don’t love my boyfriend enough?  What if he’s not the one?  You know how it goes.”

“Yes, I do.  Any idea what triggered it?”  I’ll ask, although I already know the answer.

“Yes, probably. Alcohol is a toxin.”

It’s astonishing to me how many times I’ve had this conversation with countless clients.  And the solution seems simple:  If alcohol is scientifically known to stir up anxiety, negative thoughts and depression, then eliminating or significantly reducing its consumption to a half a glass every few weeks – would reduce all these problems.  Yet, when I offer this suggestion, I’m often met with resistance.

It’s not like when I suggest reducing or eliminating sugar, gluten, or grains, all of which are also known to contribute to anxiety and depression for some people.  Those aren’t easy to eliminate, but they don’t occupy the same social status in our culture that alcohol does.

We live in an alcohol-addicted culture.  Alcohol is used as a social lubricant, and has become such a crutch for most people to feel comfortable socially that they would feel lost without it.  The paradox is that while alcohol serves as a social lubricant and works in the moment to stave off anxiety, the aftermath of alcohol consumption, especially for highly sensitive people, is an anxiety hangover the next day, and often for several days.

Is it worth it?  Is it worth it to sacrifice your mental well-being for a couple of drinks?  Many of my clients share that they feel better when they eliminate alcohol completely from their lives.  “I really shouldn’t have one single sip,” they say.  Others feel fine with modified use of alcohol, meaning a half a glass of wine every few weeks.  But in order to make these changes they first have to get past their resistance.

Some of the resistance has its roots in the fact that they’ve always struggled socially and have self-diagnosed as having “social anxiety.”  When I hear this self-diagnosis I’ll ask the following questions:

Q:  Do you struggle socially when you’re with a group where there is a common interest and partying isn’t the focus?
A:  No.

Q:  What’s your favorite way to socialize:  With a small group, or one-on-one?
A:  One-on-one.

Then I’ll offer my new “diagnosis:” You don’t have social anxiety; you’re a highly sensitive person!

When you know yourself and where you thrive, you can stop trying to squeeze yourself into the culturally prescribed model for “cool” and “fun.”  Clients will often share with me that when they stop drinking and partying on the weekends, their friends or roommates will poke fun at them for being boring.  “So what?” they respond.  “I’m not bored with my life.  I’m happy and I’m living without anxiety.”

It requires courage to step outside the box.  There can be no doubt that we live in an extroverted, drinking culture, and when you step out of that model you’re stepping out of the mainstream.  But in making the choice to party less or not at all, which greatly supports your decision to reduce alcohol consumption, you’re making a very loving choice for yourself, one that not only honors your wiring as a highly sensitive person – and likely an introvert – but one that places your desire for an anxiety-free life above your desire to fit in.

Is it a choice worth making?  If you’re seeking more wellness, I would think the answer is an unequivocal “Yes!”

Here’s to tea, water and healthy drinks with no toxins! 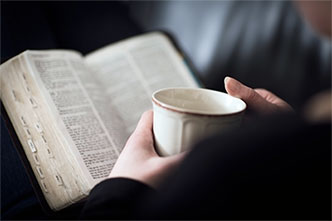